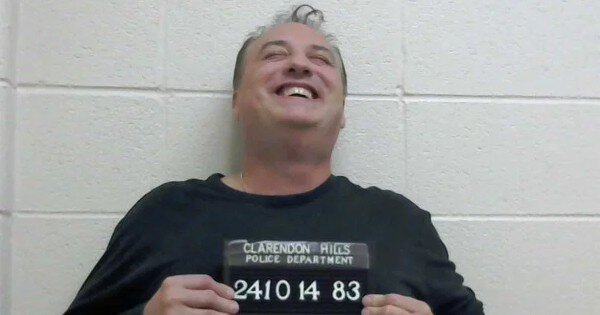 Montecito, CA- Former landscape artist Clyde Treadwell (52) was watching the Wednesday night news to see if his numbers were winners in this weeks lotto. The day before, his divorce was finalized and tonight he was in a foul mood.

Clyde went to the fridge to grab a Steel Reserve and sat back down to wait for the balls to drop. All his numbers were called! All of the sudden the divorce didn’t seem so bad and neither did the memory of catching his wife in bed with his brother. 2.5 Million dollars will make a lot of pains go away.

Treadwell threw a party for all his friends. “There were a couple dozen strippers and tons of blow”, said one party goer.

Clyde was arrestred after neighbors complained about the throngs of woman going in and out of his house. Reporters asked his what his thoughts were as he was being led to the back of a police cruiser, “I won! I finally won! That bitch can rot for all I care. Lock me up! I’m living my best life”.

Clyde, it’s stories like yours that keep the rest of us hopeful for the future.