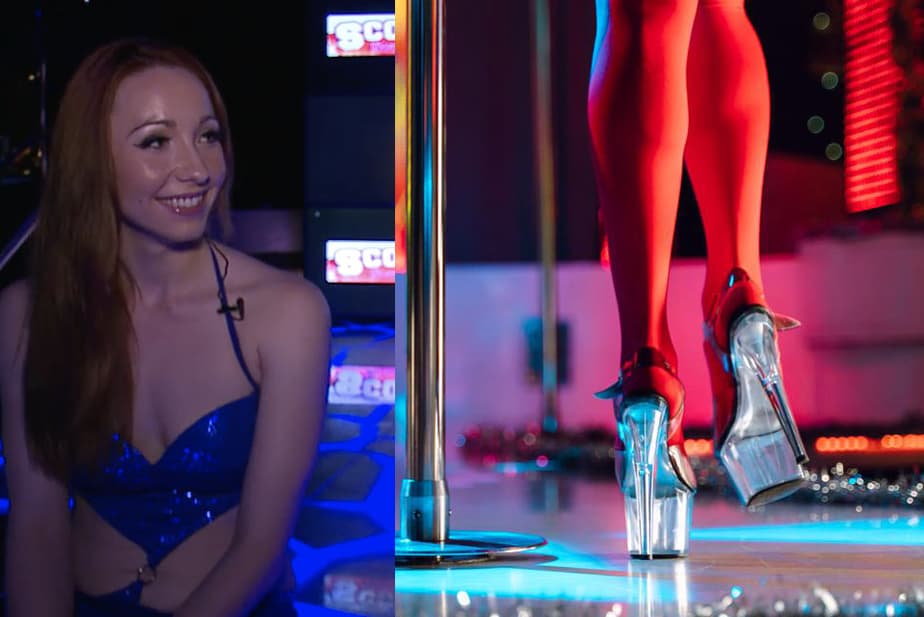 Los Angeles, CA- Claire McAuthry (28), who goes by the stage name “Divinity Reigns”, has been dancing on poles for a couple years and has seen many things that would shock the everyday person. What Claire didn’t know was that she was about to get the shock of her life.

Ms. McAuthry makes good money dancing the poles but her real talents emerge behind the curtains of a private room during a lap dance. She plucked a patron off of the floor who wasn’t completely gross and had been a good tipper while she was dancing. They went into the back and she started to get to work.

A little back story. Claire was adopted and only had limited information about her natural parents as they were both drifters and with no real fixed address. The only thing her adopted parents knew about about her biological parents was that her father had a scar that looked like the scythe on the USSR flag on his lower abdomen.

Back to present day. Claire went full “Divinity Reigns” that night during the lap dance. Obviously patrons cannot touch the performers, but the performers may touch patrons. And for a little extra cash they can do more… This guy paid more. Divinity started to remove his clothing and when the pants and boxers came off BAM right there in her face was the USSR scythe scar.

It was then she made the connection. This was her “real” father she was undressing while nude. She broke character and told the man her story. They embraced each until they realized she was naked and his pants were off. They got dressed and went to Denny’s. There was so much to discuss.

The two keep in regular touch with each other.