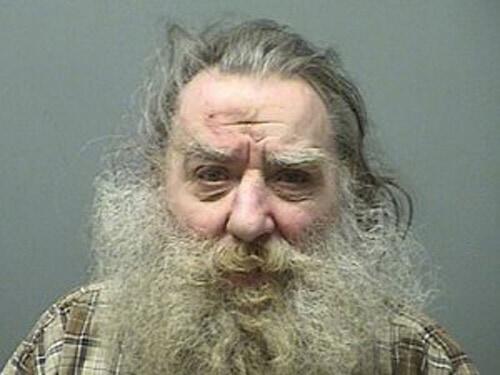 Midland, TX- Former pipe fitter Richard “Rex” Campbell has been living with the mummified remains of his mother for over 20 years. Before we go any further let us state that there has been no crime committed. Ursula Campbell passed away from natural causes in the late 90’s and it was her final wish to be mummified.

Mummification is a very rare practice these days, especially so in America. But Ursula took the proper measures to ensure everything was legal and that she could be entombed within the confines of the home she shared with her son Rex.

Rex admits that the situation is far from the norm. “When I bring a lady home for some of the sex, they usually head for the door when I introduce them to mom. I like to dress her up real nice for the holidays, especially Christmas it was her favorite. She doesn’t talk back to me like when she was alive and I really don’t mind the company”.

Residents don’t seem to be bothered by this. “Listen here, Rex is a son of a bitch. No disrespect intended to Ursula, so anything to keep him calm and out of trouble is good with us. Plus it’s a good way to put a scare in our kids telling them if they don’t behave that we will send them over to his house”.

So for now Rex planes to just go on with life. “Listen, I’m a really lucky man and I try and cherish every moment I still have with mom. Anyway I gotta go put her programs on. I’ll catch you guys later”. Have a good one Rex from all of us here at