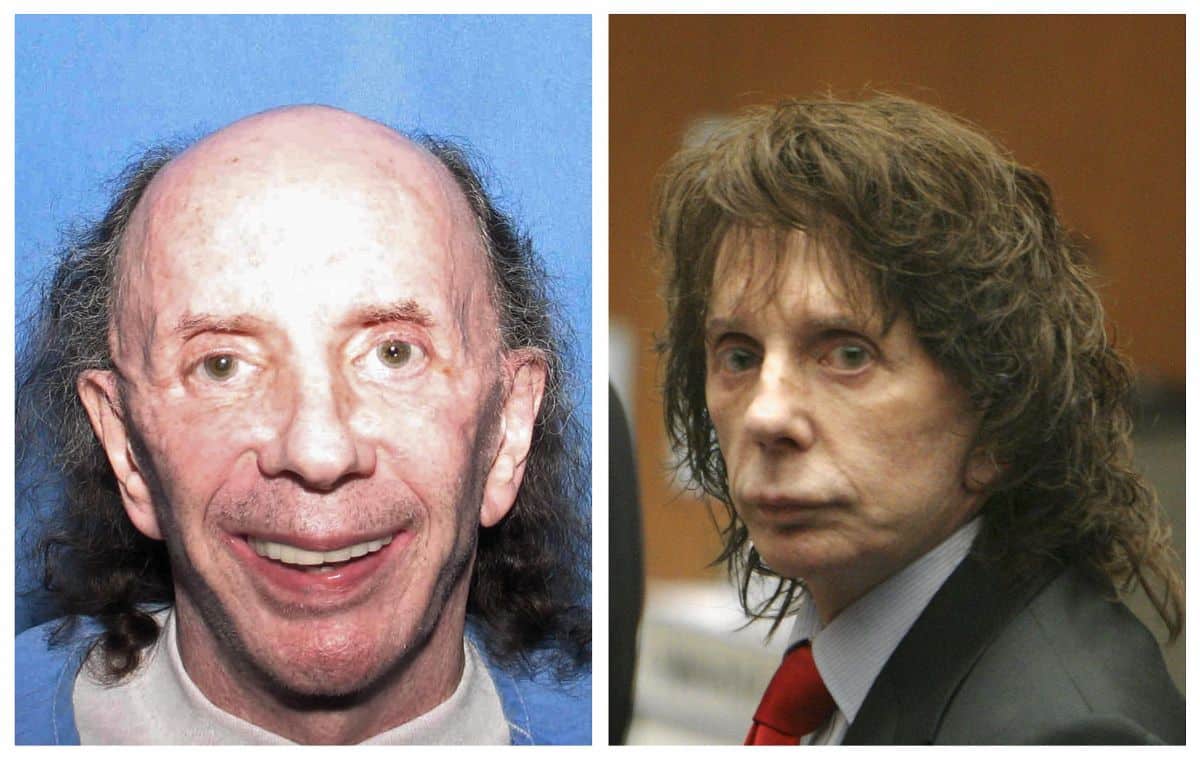 California Health Care Facility, Stockton, CA- Phil Spector is having a hard time adjusting to prison life. Showering with 75 other men twice a day everyday is not how the former record executive thought he would be spending his final years on the planet.

Spector is located at CHCF (California Health Care Facility), a state prison for inmates with medical issues. He was first able to gain access to this lower security facility by crapping his pants everyday pretending to be incontinent. The medical stuff got him clogged up with some anti-diarrhea meds. Once in CHCF old Philly boy thought he could rule the roost. Not so fast. At lunch Phil is given a can of Alphabet soup. If he can spell 4 words or more he can have pudding for dinner. Phil can’t spell four words. No Pudding for Phil.

“Just last week I saw an amazon package with something called a “hitachi” and several rubber sticks. One was huge!”, says fellow inmate Rip McCowl. Phil has run out of his bathroom passes and now often late at night you can hear the soft whimpers of a lonely man coming from his cell. According to staff, Spector has eaten all his hair in a bizarre protest to allow him access to the “ping pong room”, which he lost after smuggling all the pingpong balls back to his cell in his anus.

“Phil is a creep. No one likes him. Yeah yeah music legend, whoopity doo, I have to wipe his ass”, said Nurse Bobby Franklin. “Sometimes I like to sing him his little songs and leave a few rats behind to keep him company during the night”. Franklin was fired shortly after making these comments.

We asked Spector if he had any regrets, “Regrets are like french fries. You can’t reheat them in the microwave and expect them to taste good”. We couldn’t agree more…