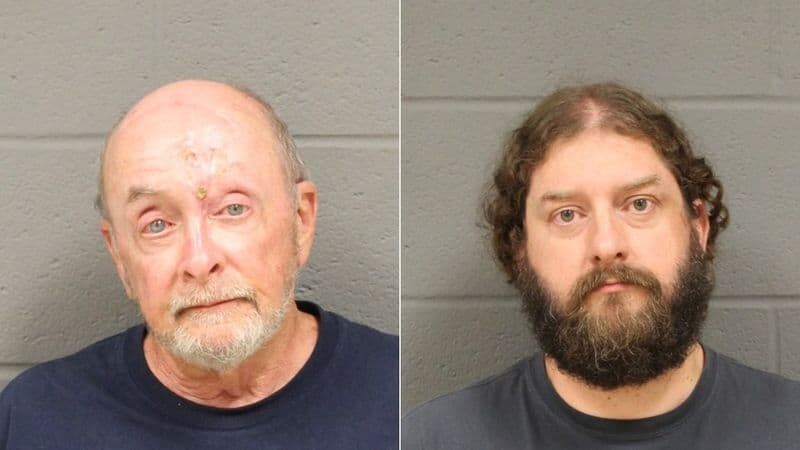 Janesville, Wisconsin – William “Bill” Redding (53) and Kevin Waverly (31) , Have been arrested for the abduction of an unknown amount of Jehovah’s Witnesses. Records for witnesses are not as easy to come by, so an exact number may be weeks away. At least two men, Jebidiah Foresythe (22) and Wilson Bender (21) have been connected to Redding and Waverly.

“Let’s be clear, the crime here comes first and foremost then abduction of an unknown amount men. The conversion to satanists is something they will have to talk to their maker about”, according to Janesville District Attorney Rebecca Dryden.

Redding would allow the men to come in the house and say what they had to say. He would offer them something to drink as they must of been thirsty riding to his house as it is miles from his closest neighbor. Whatever it was he would offer them would be laced with a paralytic and the young men would be confined to his basement during a time Redding would call “Treatment”.

Foresythe and Bender have not spoken out against Redding or Waverly. They back the two 100% and thank then for all they have done. At this point the two young men are being held for questioning as it is believed they would use their knowledge of the LDS to lure other young men.

DA Dryden explained, “We do not know the specifics of how they were brainwashed. Right now we are focusing on finding any other young men that may be out there. That is our priority. With the men in custody we can rest easy knowing there will not be anymore men abducted, but we do need to find if there are others”.