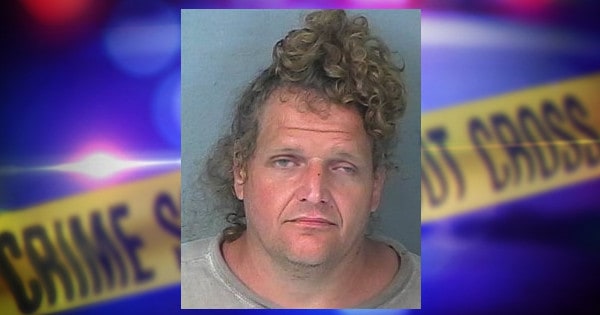 Bakersfield, CA- Matthew Fithem (52), kept his mothers body in a freezer after she died of natural causes 3 years earlier. It is unknown as to why he didn’t alert authorities to her death, but the suspicion is that he wanted to keep her all to himself.

Oscar Valentino was called out to the Fithem house to perform some maintenance on the freezer. After checking out the freezer for a bit, Valentino added some more coolant and changed a belt on it. While he was doing this work the freezer was turned off and he noticed a brownish liquid leaking through the drain plug stopper. The stench of the liquid was unbearable, so he finished up as soon as possible.

On his way out he told Fithem about the liquid and stench. Fithem started acting very strange. So much so that Valentino called authorities to check it out as he has seen all the forensic files ever.

Bakersfield PD showed up and noticed the smell of decomposition so they waited on a search warrant. When the warrant was issued, authorities went straight to the freezer where they found the body of Eileen Fithem. Matthew Fithem was immediately placed into custody by the Bakersfield PD and questioned.

Fithem waived his right to council and freely talked to authorities as he didn’t believe he had done anything wrong. When asked about the body in the freezer Fithem said that his mother had died of natural causes and he didn’t think there was anything wrong with putting her in the freezer because a proper burial was “too big of an expense”.

Fithem was charged with desecration of a corpse, not reporting the death and as it turns out he was cashing her Social Security checks. He is being held without bail at Kern County Jail awaiting trail.