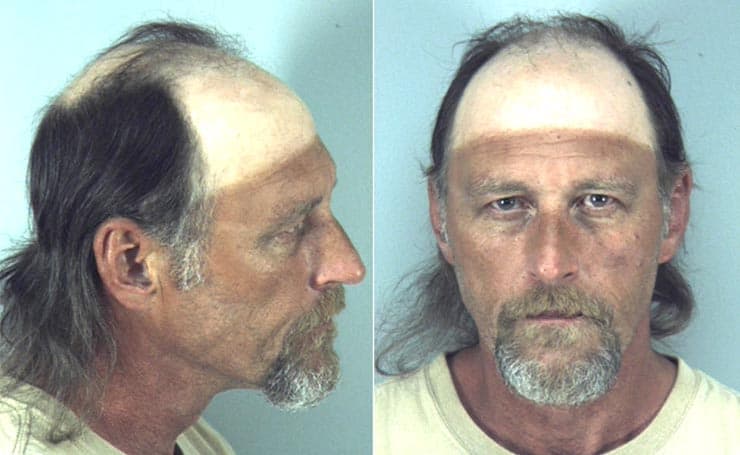 Las Vegas, NV- Earl Satire Lennon has been charged with the first degree murder of his wife Glendora Lennon. Earl and Glendora had been married a short three years before things went completely downhill. Glendora was seeing men on the side and Earl’s gambling addiction was putting great stress on the marriage.

Earl piled up some considerable debt from loan sharks and needed to pay that money back or else he was going to have a baseball bat to his knees. Glendora was about to leave Earl and run off with her new man, but she started getting sick and was relegated to bed rest and the care of Earl. Unbeknownst to Glendora, Earl had taken out three life insurance policies on her totaling $700k.

Glendora’s getting sick was no accident. Earl’s plan was set in motion one week prior when he started poisoning her tampons (For safety and detract others from doing the same, the method of tainting the tampons will not be discussed) in hopes of her getting ill and dying as a result of the poison.

Earl was not too creative in choice of poison. A long time fan of crime shows, he decided upon arsenic. Cheap and effective. But also easily traceable. After five weeks of pain and agony, Glendora passed away at home. An autopsy was performed and a heavy metal test as well. Arsenic was quickly discovered. The Lennon home was thoroughly searched for the poison and none was found. Nothing incriminating whatsoever. Authorities were positive Earl was responsible for her death, but with nothing to go on they had to let him go.

Most criminals leave clues behind and Earl was no different. During a visit from his older sister, Vera also became sick. Earl knew right away he had messed up. What were the odds that Vera would use the same tampons as Glendora and why on earth did Earl not remove them from the house. Vera was treated at the hospital by a nurse who was familiar with the death of Glendora and did a heavy metal test finding arsenic. Authorities went over everything that led up to her getting sick and asked if she had done anything out of the ordinary. She pointed out that she ran out of feminine napkins and used some tampons that belonged to Glendora.

Vera still had two tampons in her purse which were tested by an independent lab and test results were positive for arsenic. Crime show fan Earl mistakenly left his finger prints on the wrappers. Earl was subsequently arrested and is now awaiting trail.