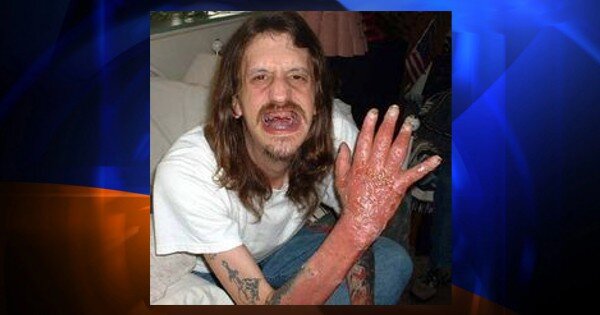 Bakersfield, CA- Ricky Rickersman (41), the national hand shaking champion for the past 3yrs is being forced into retirement. Ricky has been into competitive had shaking for about 10yrs and within the last 5 he started garnering national attention.

During the late summer Rickersman started training again for the 2021 handshaking olympics. To gain an advantage Ricky sought out an underground training facility to hone his skills. Ricky was progressing rapidly, but one day he got his hand cut by an opponent’s fingernail. Thinking nothing of it, Ricky continued his training.

Upon returning to Bakersfield his hand had doubled in size and he sought treatment at the local ER. Rickersman caught a nasty staph infection and is still receiving treatment for it. Doctors say it’s 50/50 if he loses his hand, but his handshaking career is definitely over. A staph infection is curtains for competitive handshaking.

Ricky is in good spirits as he now says he will have more time to attend to his other projects like, building a homemade helicopter from aluminum cans. We wish you the best of luck Ricky and hope to see you fly by one day in your helicopter 🚁 .