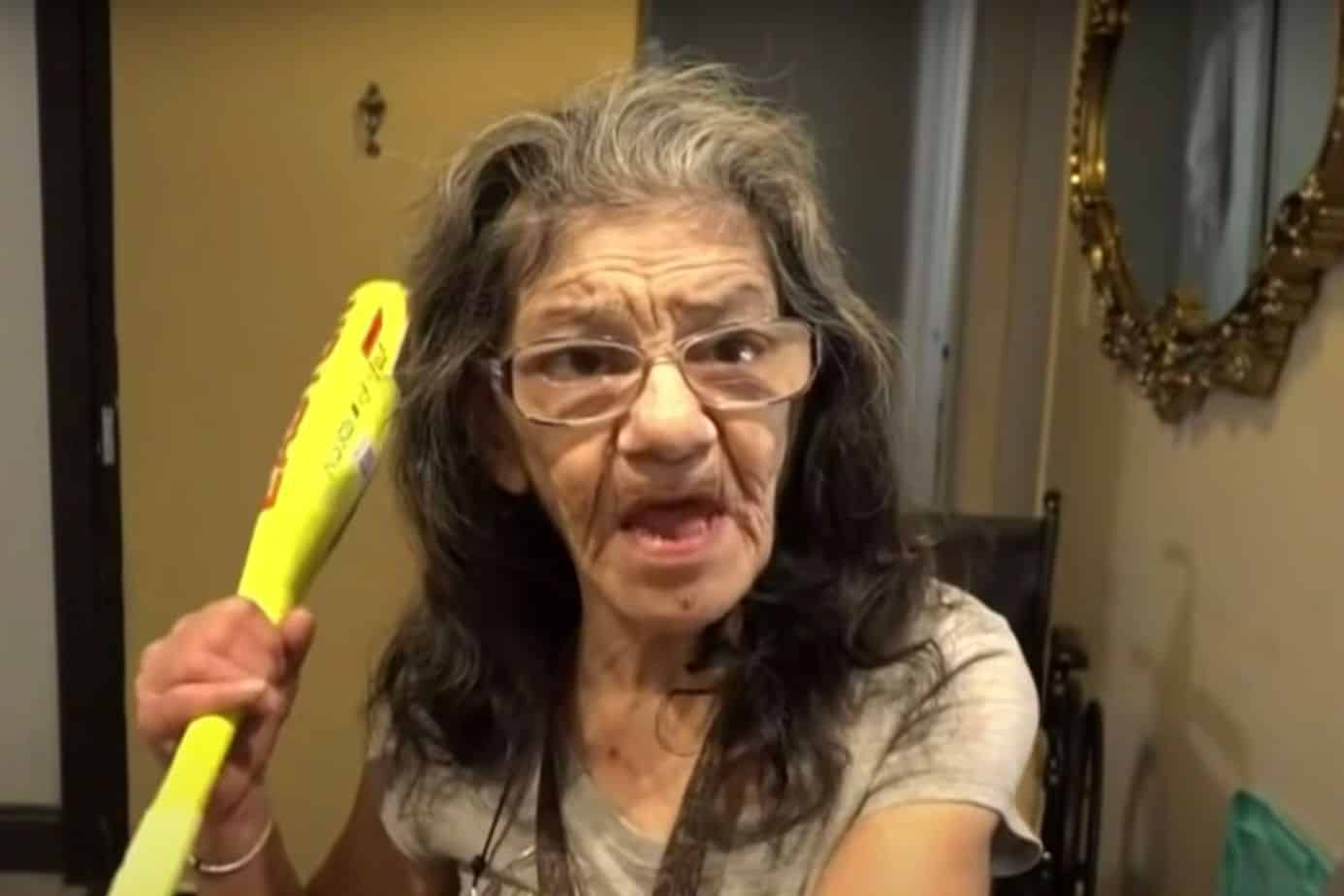 Butte, MT- Linda Meyers (72), woke in the middle of the night to sounds of an intruder. She rolled to the side of her bed and picked up her little league t-ball bat. This isn’t a major league bat, but it will still do a great deal of damage. After a manslaughter charge in the 1970’s Linda stopped using a full size bat.

Linda spend 3 years blind as a child due to illness, so moving through her house at night in the dark was no problem for her. Keeping the lights out gave an advantage over the thief. She was sure her prized Beanie Baby collection was being targeted.

Like a silent assassin Linda made her way to the backside of the couch and hid until the robber appeared. She jumped out from behind the couch and started beating off the robber. First she beat him off from behind, then she beat him off from the front. Poor guy kept getting beat off until authorities arrived after neighbors called in a disturbance.

Police arrested the culprit who was still being beat off by Linda when they arrived. Police had to physically remove her from him. She was adamant about finishing him off, but the police had other ideas. The suspect, Alexander Anouse (26), will be awaiting trail in a local Butte jail cell. Hopefully he can reflect on getting beaten off and whether that’s the kind of life he wants to lead.

As for the Beanie Baby collection? Well it’s safe and sounds due to Linda’s skills at beating off.