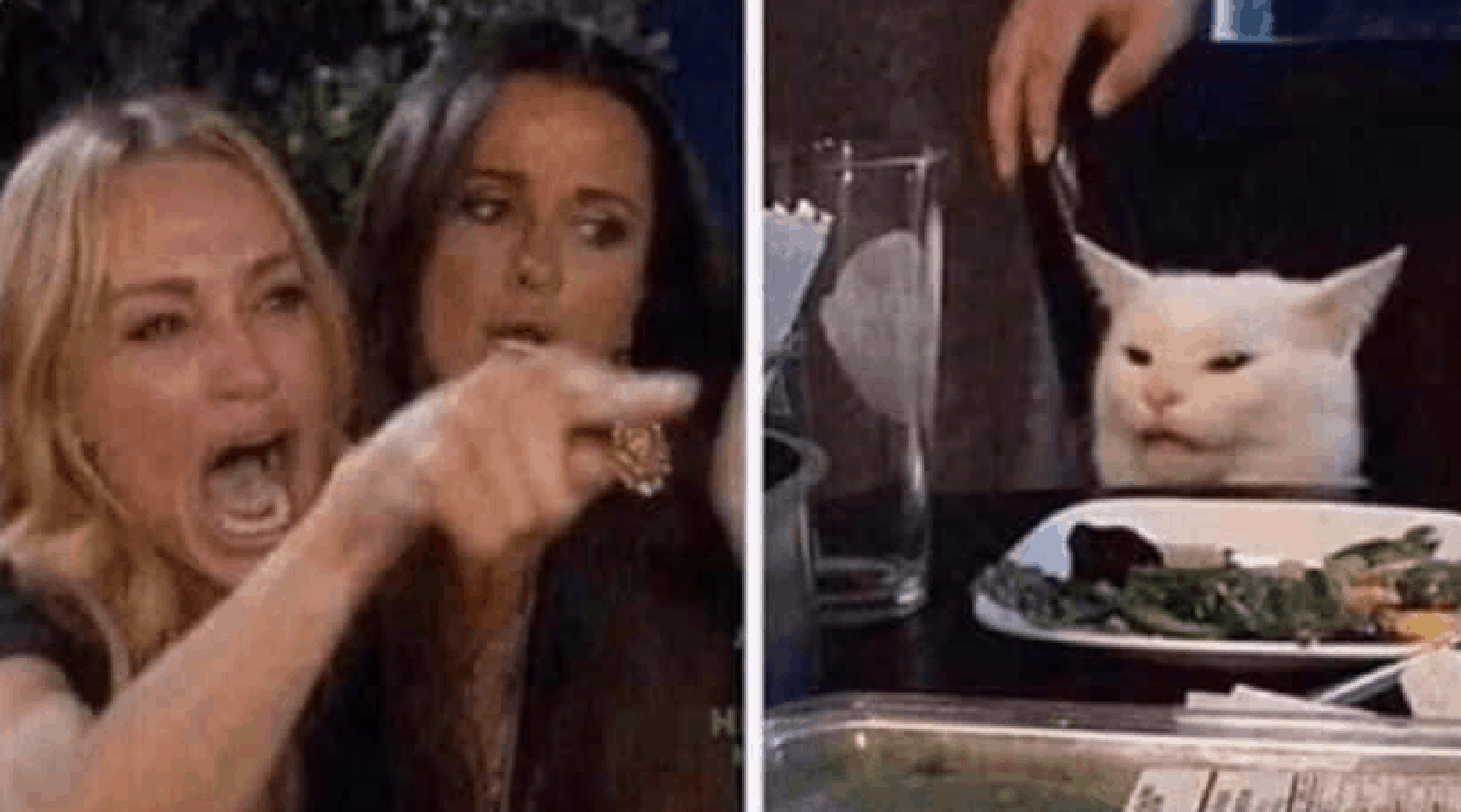 Beverly Hills, CA- Karen Wondersnatch has been locked up after found screaming at a white cat during the early hours of September 27, 2020. Apparently Karen had found her husband and the cat in a compromising situation. Not only that, but Karen’s toy poodle Felix was part of the action as well.

The white cat who is also known as “Smudge”, has been taken to a safe location along with Peter Wondersnatch. Apparently this has been an ongoing affair between man and cat. If Karen wasn’t too busy trying to argue with managers she may have seen the signs that her husband had found a new lover.

There is no evidence to support Karen’s claims as mental health professionals try and get to the bottom of this very sick woman’s issues. “I have never seen a woman so irate for no reason”, says on duty Doctor. The things she claims happened with her husband, Brad and Smudge are so far off the radar of normal, that many fear for her sanity.

It is good to also point out this is not the first time Karen has acted out. Last year she attacked 5 woman in SUV’s claiming she gets the front parking spot for soccer practice and games.