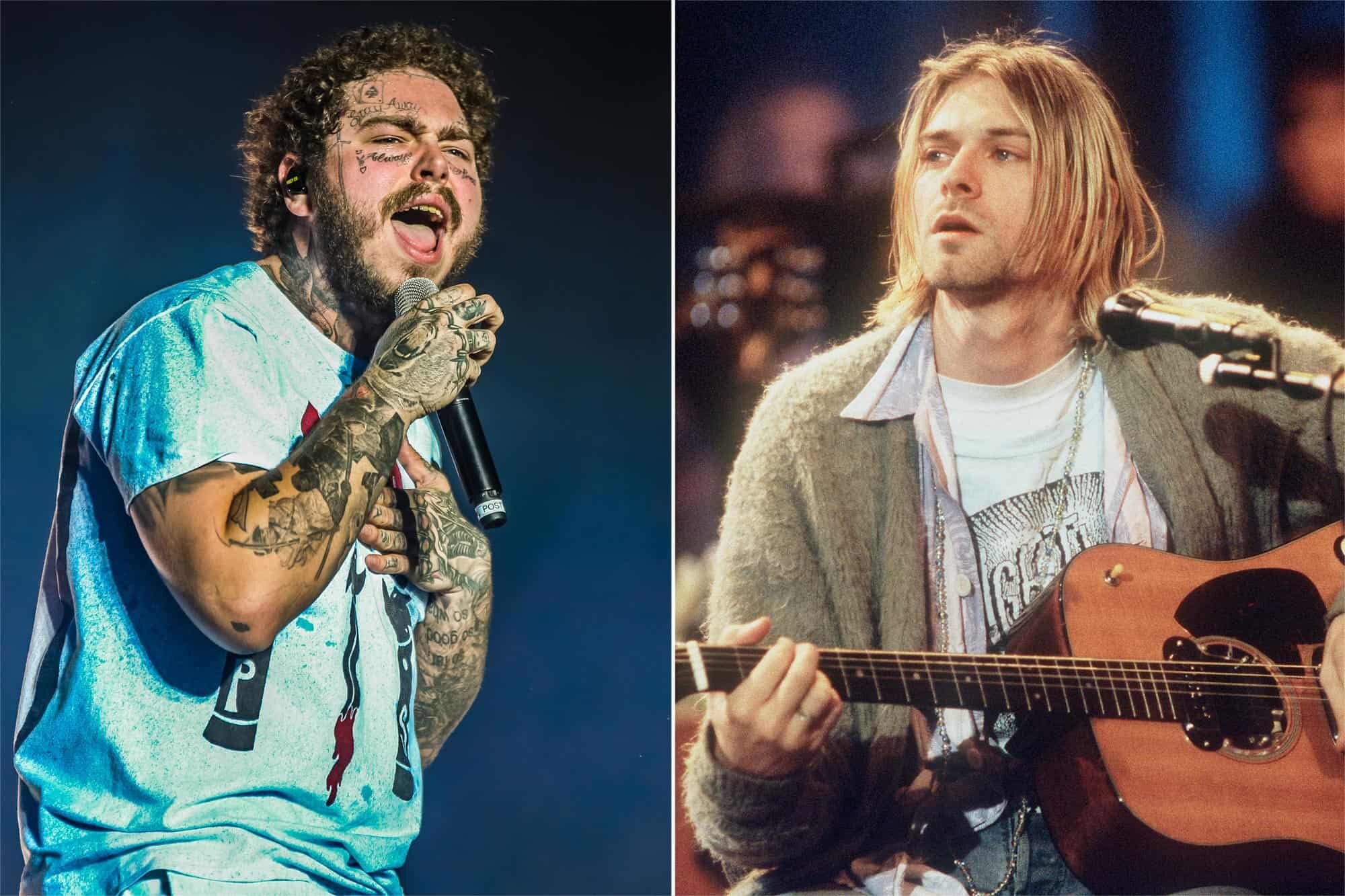 Seattle, WA – Amid rumors of a Nirvana reunion, Dave Grohl announced that Post Malone will be filling in for Curt Cobain during the 11 city tour. “Krist and I both saw Malone’s video on youtube and we’re like, “He’s the guy. He’s the guy!”

Post Malone uploaded a video on YouTube to raise money for COVID-19 relief. The video was of him and Travis Barker blazing through 15 of Nirvana’s songs. This one-off performance grew much fanfare and also caught the attention of two very eager onlookers.

“If these shows go off well and I think they will, we are prepared to work on a new album with Malone. I think it’s time we got the band back together!”. Many inside the music industry are seeing this as a way for Grohl to fill his pockets, “It’s pure bullshit plain and simple. I mean come on really?! Just a stunt to put the limelight back on Grohl. Krist is just along for the ride as always and I’m over here fuming. I just don’t see how this is going to work out” – Anonymous Record Executive.

When we reached out for comments from Malone and were told by his people that “once he is done eating his pizza and sippin’ on miller High Life he’ll give us a call back”. We’re still waiting. But insiders say Malone is excited about the prospects of working with the two Rock and Roll hall of famers.

Dates and Locations for the shows are yet to be determined, but expect early 2021 to be when the supergroup takes stage. We are so excited to see these mega talents rock together!